What worms eat depends on where they live. Worms (composting worms) can live closer to the surface or (earth worms) much deeper underground. On the surface, composting worms eat a variety of organic materials, such as dead grass and leaves. There are microscopic organisms that live on these leaves. These organisms provide the worm with a variety of algae, fungi and bacteria that are essential for the composting worm’s diet. The food passes through the worm and comes out as worm cast (POO)

Earth worms that live deeper under the ground have a diet that is primarily raw dirt. The worms eat the bacteria, fungi and algae that are in the dirt. This beneficial bacteria is created by composting or with worm composting adding the bacteria needed to attract the native earth worms to your garden soil. The dirt passes through the worm and comes out in what is known as worm casts. This is a nice way of saying (POO) these casts are very beneficial to the plants in your garden. The nutrients in the soil are partially digested by the worms, making them easily used by the plants. In addition, the process aerates the dirt in your garden, which is also beneficial to your plants. 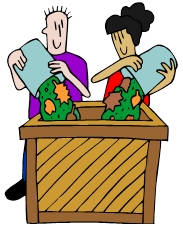 Composting worms eat any organic material in the natural habitat (soil), this would include fruits, vegetables and plant remains. In a worm farm they need the same environment or as close as possible to natural so include soil in your farm. They have no teeth, so the bits are moistened in the worm’s mouth. Food is digested in the gizzard, which acts like teeth to grind the food. The intestines break it down further and it comes out as worm castings. These castings are very beneficial to the soil in your garden. When you create teas or add the castings to your garden soil you are adding the bacteria /food source for the native earth worms so they move in. The nutrients are broken down to be used by plants and the soil is aerated to bring more oxygen to the roots of the plants. Natures little wonders at work.

Moisture is also very important for worms. They can’t survive without moisture. Oxygen is very important so aerate often to add oxygen Worms breathe through their skin. The worm’s skin must remain moist at all times to allow it to breathe in the much needed oxygen. If their skin dries out, they will suffocate and die.

Gardeners understand the importance of worms in composting. Worm composting can be done in a manufactured farm or a homemade farm even within a compost heap. Shade is best and the size of the container will depend on the amount of garbage you will be composting / recycling. Homemade farms; you should drill holes in the bottom of the container this will allow for drainage. Put the farm on bricks to help with drainage.

There are two types of material that you will need in the farm for worm composting, bedding material and green ingredients. The green ingredients are the organic household materials you will add to the farm. The bedding material can be dead plants, leaves, shredded newspaper, or straw. I also recommend a layer of garden soil; this gives the worms a retreat in the heat and cold. Vary the food material this will create better castings and keep the worms and farm healthy. Sprinkle the farm with a few handfuls of soil to help the worms’ digestion every now and then along with a sprinkle of dolomite to stop the bedding getting acidic. Fill the container about three quarters of the way with the bedding. Don’t press it down tightly, but leave air space to allow free movement of the worms.

You require 1000 / 250grams composting worms per person in your house hold or a minimum of 2000 / 500 grams. If you want to compost more organic waste the amount will depend on the size of the container and the amount of organic waste you are composting. Once you have filled the container with bedding material and added the worms, you can add the green ingredients. This can be fruit and vegetable peelings, crushed eggshells and other organic materials from your home or garden, such as grass clippings and leaves. Each time you add these materials, choose a different area of the worm farm this prevents the food from overheating the farm and the worms can move in and out.

After a few months, you will see no more bedding when you open the farm. The compost will be brownish black and full of worm castings. (Castings look like soil) This is when you add a new layer to your farm. You then need to add more bedding to the new layer of the farm. You may only have one layer so push the castings to one side and start again. Feed the new bedding the worms will move in or across and you can remove the castings .and into the new bedding. You can then use the finished compost/castings as needed in your garden.

Benefits of Composting with worms

Composting has several benefits for your garden and the environment. Organic household waste is recycled into compost, which is environmentally friendly. This cuts down on the garbage in our landfills. Rather than decomposing in a landfill, the organic materials are returned to the soil to nourish your garden plants.

Compost is great fertilizer for indoor and outdoor plants. You can dig it into the soil prior to planting in your garden to add nutrients to the soil. It can also be used as mulch in plant beds throughout your yard. When you are distributing the compost into your garden, you 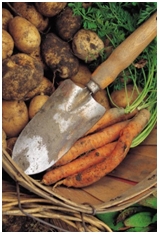 will attract native earth worms with the castings. You want this because the worms are very beneficial to your garden. They aerate the soil, which helps to bring nutrients in the soil.

Worm castings can be made into compost teas full of beneficial bacteria. Contact us for a tea recipe.

Grow your own veggies and create healthy soil to grow them in. 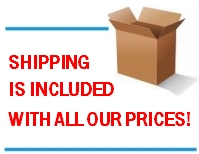 Note: WA customers please be aware as of 1st July 2013 WA quarantine will be charging importation fees to import worms, seeds or live plants into WA. The fee is $39.